IOW - Not Just A Pretty Face

Punita Udeshi has continuously worked hard in her career to gain respect, striving for gender equity in the tech industry as a female leader. Her attitude and confidence in her own abilities have helped her challenge such adversity head on. As the Head of IT at Active Display Group & a volunteer for our What's Hot in IT program she is role model for all women in STEAM.

Punita has overcome a number of barriers as a female in technology. Many of us might have experienced similar comments throughout our careers.
🚫 ”Skills aren’t enough, you should put your photo on your resume"
🚫 “Having young kids means you can’t handle a high profile client"
🚫 ”So you’re not just a pretty face”

💥 How have you overcome barriers in your industry?💥

Key takeaways:
💡 Have an open & learning mindset - if you believe you know everything, you won't learn anything
💡 Say yes to new roles or opportunities - take on the role & learn what you need to know
💡 Give things a go & if there is failure, take it into your stride and into your next step

Thank you Punita for inspiring us with your story, motivation, determination & achievement.

Again, thank you to ANZ for sponsoring this event.

Have you ever had someone tell you “So you are not just a pretty face?” Do you take that as a compliment? Punita Udeshi, Head of IT at the Active Display Group, certainly has heard it and it most definitely was not a compliment.

Across her entire career Punita has had to deal with comments such as girls can’t be technical. She has had to fight hard against male stereotypes to not only have a successful IT career but also have a go at commentating for Cricket Australia – another male dominated industry. Her message to all of us is, just like Shania Twain’s famous song:

“She's not just a pretty face, She's got everything it takes!"

Join VIC ICT for Women at our next Importance of Women in IT virtual webinar to hear Punita’s story and gain some tips on how to succeed against adversity.

As Head of IT for the Active Display Group, Punita manages all aspects of IT include software, hardware, networking and so on.  She has been working hard on a turnaround strategy for the company. As part of the Executive Leadership Team she has recently implemented their successful major ERP transformation, completed remotely during these unprecedented times.

Punita has worked for various national and multinational organisations and along with all things IT, she also enjoys being the RJ for a community radio and has even commentated for Cricket Australia! 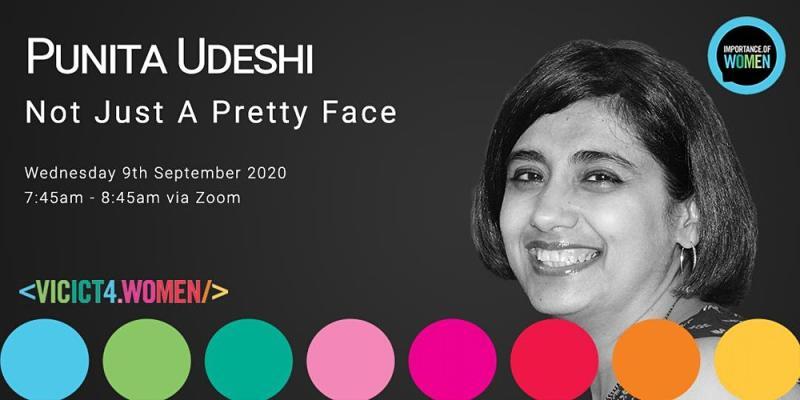 Not a member yet?
Join